When In Plymouth? (Update)

It seems, now the most realistic date is April 25.

After reaching Latitude 30ºN, Fanfan keeps sailing in the right direction (020º – 030º), with regular though not strong winds, with a speed of 5.5 – 6kts. Though now, while comming close to The Azores, Asia must expect winds SW 25+.

On the Atlantic, specfic problems of our civilisation occur – rubbish in the water: „I’ve just managed to get free of the tantacles of a long line with plastic buoys, with a lot of mussels and other rubbish growing on it” – Asia has written – ”unfortunatelly, there is a lot of rubbish in the Atlantic, plastic bottles, cans, plastic containers, a lot of plastic rubbish”.

And, as for the hot coffee, the gas cooker stopped working, however Asia managed to convert her gas heater into a cooker, and it works – however, in a rather strange way: „I can manage to cook on it only at around 0630 AM UTC, the third consecutive day in a row, however I can have hot coffee, and cook enough hot water to put it into my thermos to have hot lyo meal for my dinner”. 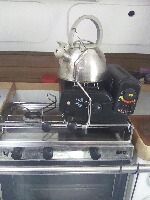 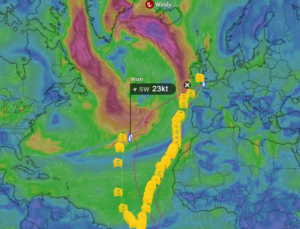 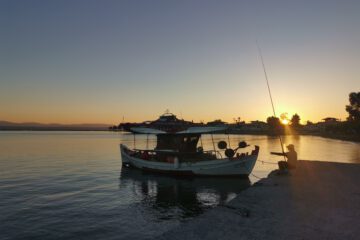